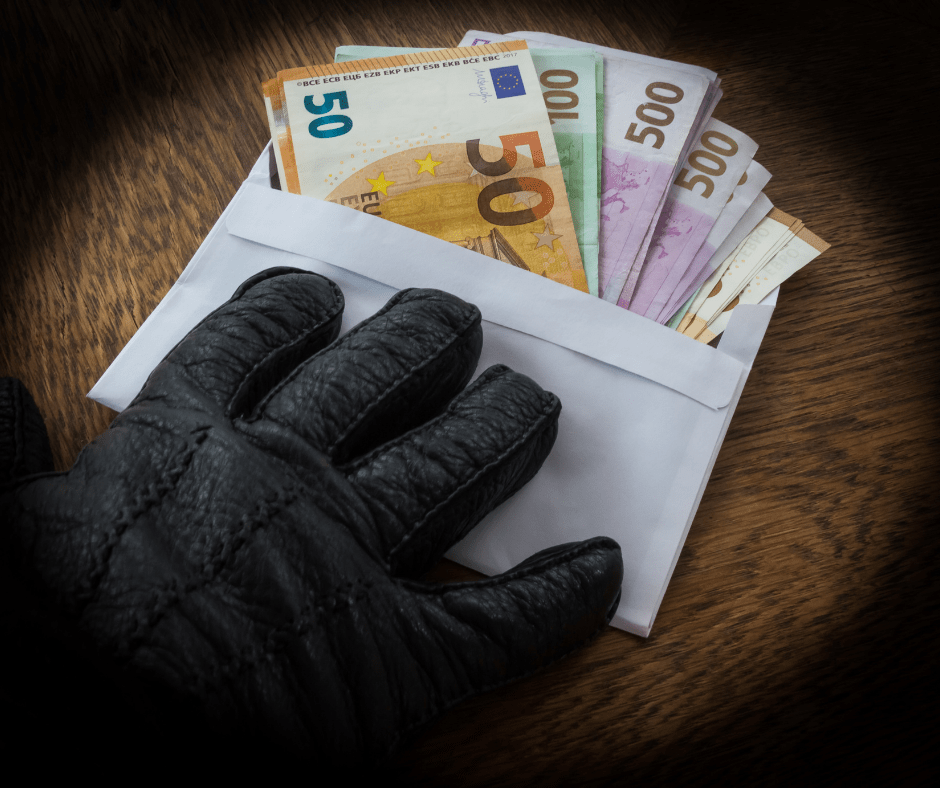 Share
The terms "money laundering" and "terrorist financing" are frequently used interchangeably. Indeed, they are so frequently discussed together that you might believe they constitute the same offense with no distinction. It's incorrect. Despite the fact that money laundering and terrorism financing are two very comparable crimes, there are some distinctions. Yet, these two crimes will have far-reaching ramifications for the country's economy.

What is Money Laundering?

Money obtained through criminal actions is filthy, and money laundering cleans it up by making it appear as if it originated from a respectable source. Criminals wash unlawful cash by dividing them into little sums and passing them through sophisticated banking processes such as a maze to conceal the true source of those small sums to launder money.
Money laundering is a difficult process, as money is lost while the tainted money is being laundered. Criminals take a chance on this arduous process and high money loss rates because they launder large sums of money and are very likely to be detected. In fact, regulators are aware of these complex transactions, and they have strict restrictions in place to prohibit transactions and crimes, which are likely to grow more stricter in the future.

What is terrorist financing?

Terrorism financing can take many forms, including individual actions or planned efforts by organizations. Terrorist organizations need a significant amount of finance, both for carrying out terrorist actions and for other purposes. Terrorist finance generates unlawful funds through supporting non-state entities and gives funds by supporting terrorist acts.
This type of illegal financing involves the transfer of funds within or between jurisdictions. This can be accomplished through formal financial market channels as well as unregulated methods like cash couriers. There is a striking link between terrorist financing and money laundering in both circumstances, because efforts are undertaken to conceal the true source of the cash. Furthermore, the methods for doing so are identical.

The FATF's View Of The Connection Between Two Crimes

The Financial Action Task Force (FATF) is a multinational anti-money laundering organization. Although the FATF recommendations were created to combat money laundering, their authority has grown over time. As a result, the FATF extended its scope in 2001, allowing its rules to be applied to terrorism financing. Following an initial assessment of counter-terrorism financing and anti-money laundering efforts, the FATF focuses on determining the differences between the two crimes.
The ATF Standards are based on many factors. To begin with, they demand that countries take legal measures covering all the elements stipulated in theнTerrorist Financing Convention, which will ensure that the crime of financing terrorism is punished as a separate crime, and in this context, it puts into practice the mechanisms to convey the requirements of the UNSC resolutions issued by repeating the requirements of international documents concluded or issued in this field. There are also greater requirements for the private sector to put in place preventive measures, mirroring the measures put in place to combat money laundering. Specific standards are created based on the features of terrorism financing and the concrete measures to be taken in relation to non-profit organizations.
MONEYVAL, besides to the FATF, is involved in worldwide anti-terrorist financing initiatives. In this sense, it conducts horizontal research on specific issues to improve understanding of the actions taken at the national level, identify potential obstacles, and assess the suitability of the application of FATF Standards by its Member States and regions.

Source of Funds
The origin of the funds is the main distinction between money laundering and terrorist financing. Terrorist funding involves obtaining finances to sustain terrorist acts, meet their basic technical needs, and cover the costs of promoting related beliefs, whereas money laundering is a procedure employed by criminals to make their unlawful funds appear legitimate.
Terrorist financing raises finances for illegal political purposes; yet, the source of these funds is not always illegal. Terrorists can raise money through corporate donations, government sponsorship, gifts, and even genuine commercial ventures. Money laundering, entails an illicit source of funding.
Criminals' Motives
The primary goal of money laundering is to profit from illicit activity. Almost all profitable crimes result in money laundering. Terrorism financing refers to a future illegal conduct; the goal of terrorism financing is not to collect, profit, or accumulate in the future. Its sole goal is to finance terrorist acts, whether legal or illegal, to carry out their terrorist activities; it serves no other purpose. The motivations for the two crimes are different now.
Crimes committed for a variety of reasons
The mechanisms through which unlawful funds are absorbed into the financial system are included in the stages of money laundering. This money passes through a maze of transactions (like a labyrinth) before being absorbed into the official economy, and criminals get through security procedures. As a result, to make more money, criminals hide, wash, and launder money.
The funding cycle Money laundering is a cyclical process that identifies the legal source of funds. Money obtained through crimes such as drug trafficking, bribery, and human trafficking, for example, is first hidden through many transactions before being introduced into the economy and then re-included in the financial system through laundering. As a result, when the money appears to be genuine, it is repurposed to fund further unlawful activities that generate more illegal cash. This cycle continues indefinitely.
Funds are raised, deposited in the economic system, hidden, and finally incorporated into the financial system in the funding of terrorism. The money is utilized to fund terrorist activities.
Terrorist financing's goal is not to hide unlawful cash, but to oppress a people or state via violence and pressure to raise finances for criminal operations.
Counter-Terrorism Financing and Anti-Money Laundering
They use money laundering and terrorist funding in similar ways to get unlawful money into the financial system, but for opposite reasons. Because of the closeness of both pathways, regulators have expanded their abilities to prevent both offenses. As a result, the economic costs of these crimes cannot be debated; instead, the crimes must be avoided. Regulators are putting in a lot of effort to address this problem. Some of the world's regulators include the FATF, MONEYVAL, European Union, Financial Conduct Authority, and the Financial Crimes Enforcement Network (FinCEN). To avoid money laundering and terrorist financing crimes, businesses must safeguard themselves, comply with AML legislation, and put in place an AML compliance program. Compliance-supporting solutions are required for businesses. Check out OMNIO's solutions to these issues and schedule a free demo so you won't be caught off guard by fraudsters attempting to defraud your financial institution.

Fraud: The New Language of Love

Last year saw 56,000 new reports of romance scams. And the crime wave has already cost victims and financial institutions billions. So, what can we learn from the thousands of victims who’ve already fallen prey to these scammers, and why should we care?...

How to Solve the Challenges of Sanction Screening

For financial institutions, the sanctions landscape is a minefield. It is not enough to be aware of the risks and dangers associated with violating sanctions regulations. It's a one-sided game. As a result, using sanction screening solutions is now more important than ever....